This is the info included within the torrent that i downloaded: 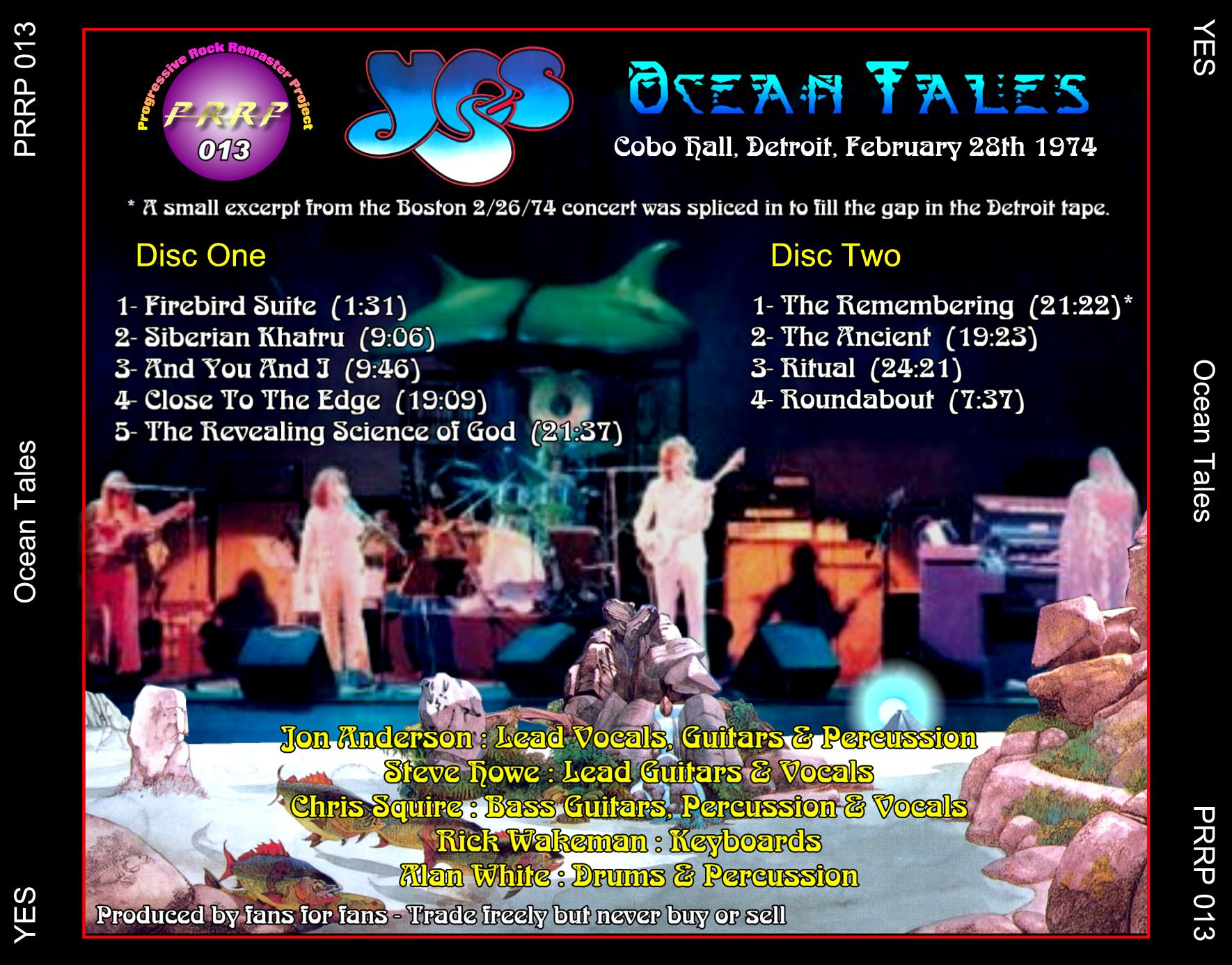 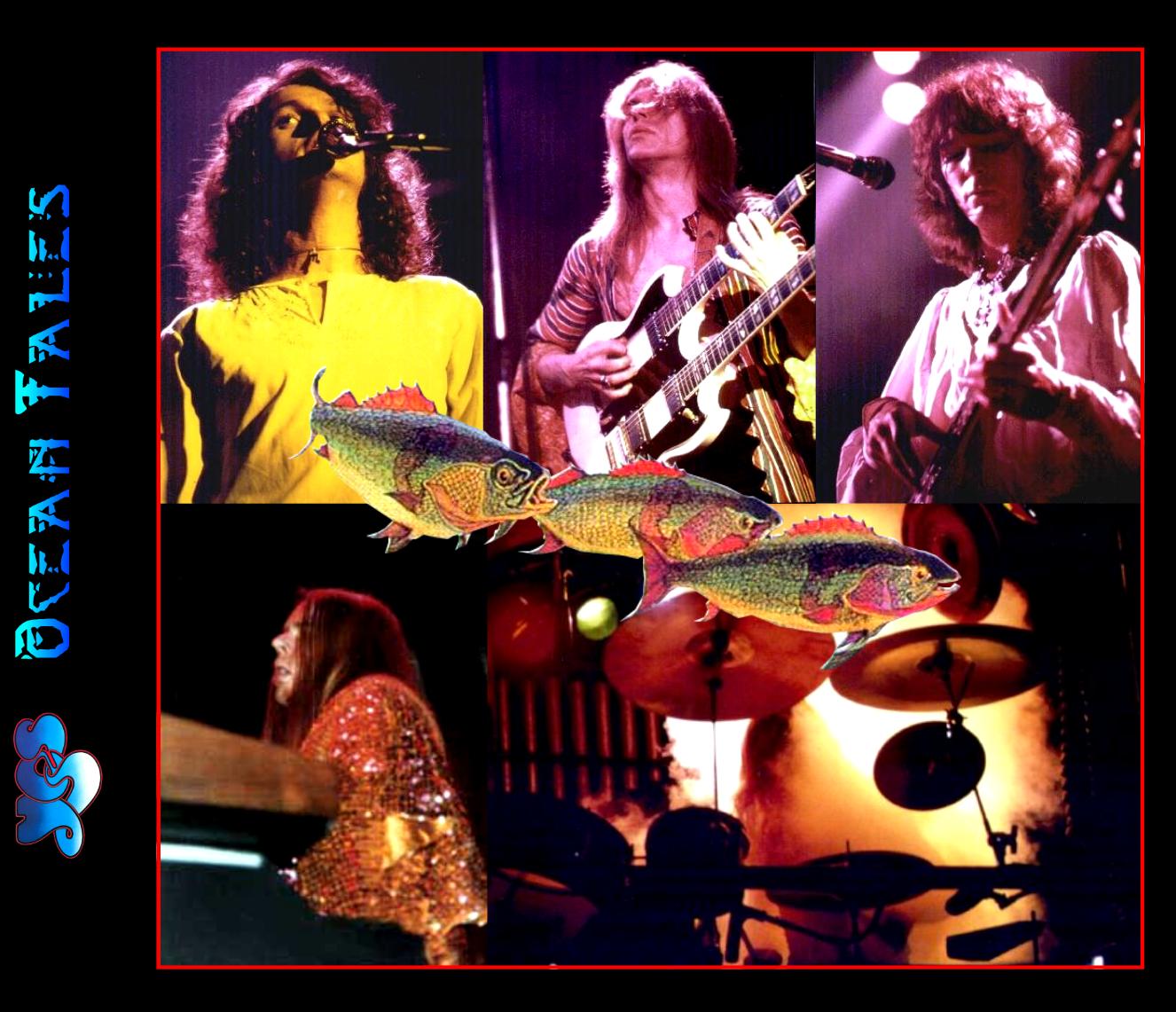 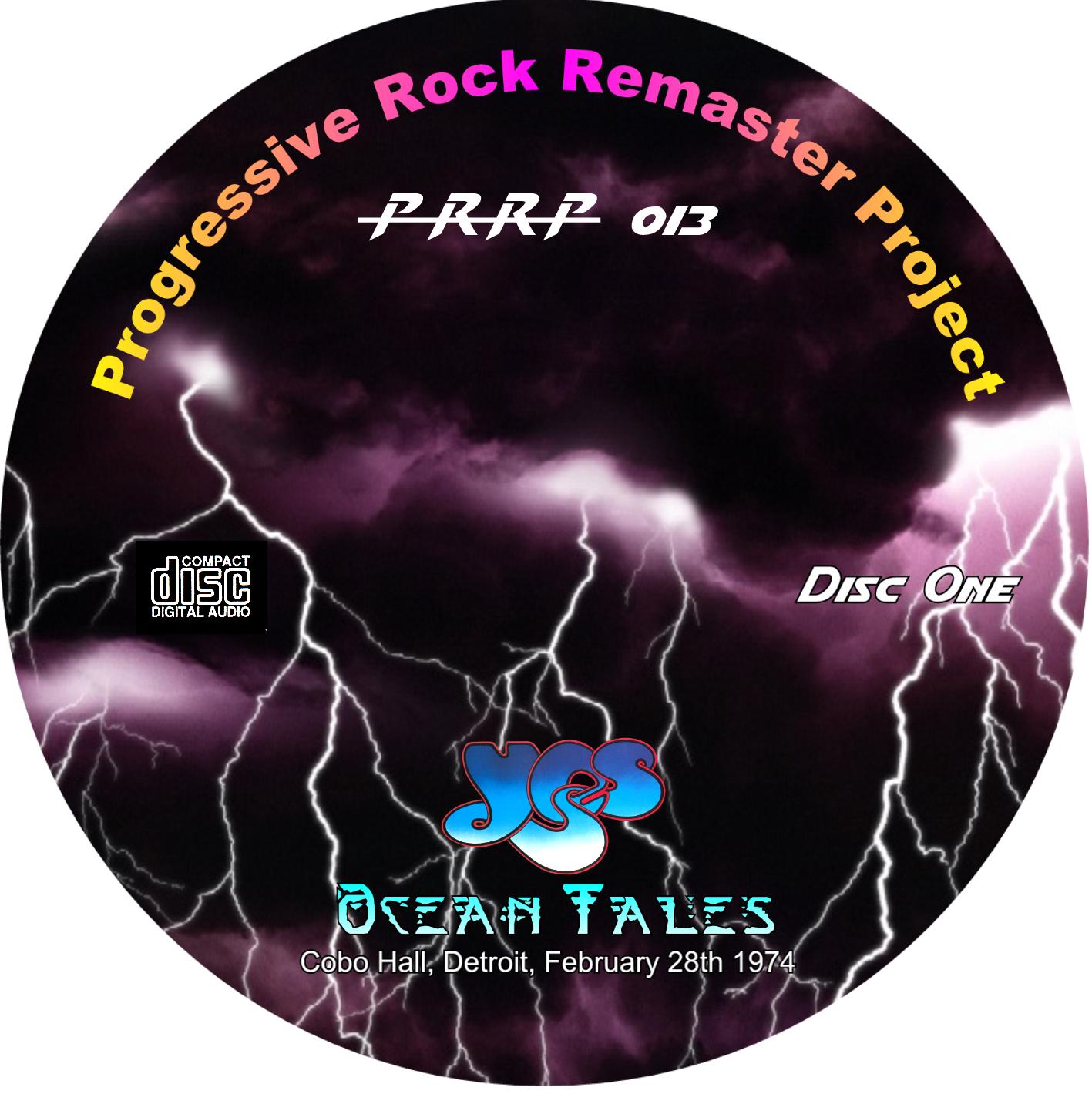 The Tale of an Epic !
The year was 1973, one that would take on epic proportions in the world of
progressive rock. Genesis would start Selling England by the Pound, Jethro Tull wrote a Passion
Play, ELP conducted Brain Salad Surgery and Pink Floyd took us on a trip to the Dark Side of the
Moon. A vintage year to say the least. What could Yes do but to follow this incredibly creative
movement.
After the huge public success and critical acclaim of their last two albums,
Fragile and Close to the Edge, many thought that the band had found the right formula and would
follow the same path. Instead, Yes went where no one expected them to go. The release of Tales
from Topographic Oceans in November of 1973 came as a shock to many Yes fans and press critics
alike, not to mention the big heads at Atlantic records who were rather reluctant to have it
released in the first place. This double album consisted of only four songs which were based on
Sanskrit Shastric scriptures.
The concept and Jon Anderson’s ethereal lyrics were met with mixed reviews, even
from Fellow musicians within the band. Rich Wakeman for one was quite uncomfortable with it, as
he recalls: “Experimentation is fine, but it’s something you should do in your own time as you’re
writing and rehearsing the music, until that experiment is proven in your own mind. Once you
know where things are going, then you can put that music on record.  The music of Tales was not
proven in my mind. It wasn’t worked out !”
Experimental or not, the album was finished just the same, and a gigantic tour to
promote it lay ahead. Yes would perform some 75 concerts in 5 months. This tour started in
Bournemouth, England on November 16th, 1973 and would end in Rome, Italy on April 23rd, 1974.

The band had chosen to play the Whole of Topographic Oceans as well as the entire
Close to the Edge album, with Roundabout as the encore. It was to be an endurance marathon for
both musicians and fans. Chris Squire remarked, “Let’s just say it didn’t go down very well at
all !”
As the tour advanced, and Rick Wakeman became increasingly unhappy, the band
realized that the entire Tales album was perhaps a bit too much for an audience to grasp all at
once. At one point, The Remembering was just dropped from the set to make way for a couple more
familiar songs like Starship Trooper. The grand concept was turning into a nightmare. Disgusted
by the whole episode, Wakeman left Yes right after the tour, just as Bill Bruford had left a
year previous after being fed up with the endless development of the Close to the Edge album.
Tales from Topographic Oceans, has been, is, and probably will always remain the most
controversial album in Yes’s huge back catalog, but to the avid Yes fan, the album and the tour
that ensued were perceived as nothing but triumphant. Looking back on it now, one cannot help
but be taken by the majestic grandeur of the music offered in these four songs. Live recordings
from this tour are highly sought after by fans nowadays.
The present concert was recorded from the audience at the Cobo Hall in Detroit,
Michigan, on February 28th, 1974, the second of a two night stay. Yes performed the whole Close
to the Edge and Topographic Oceans that night, something that would become rather scarce soon
thereafter. This recording has always been appreciated by avid Yes fans as one of the best
performances of the Tales material, but has been marred by high hiss and noise levels. PRRP
staff have done their best to remove as much offending noise as possible so that the mastery of
this music can be more fully appreciated.

Notes from the Re-master:

Multiple sources were used to produce this show. They all originated from a single source,
namely, an audience recording made the night of the performance. The majority of the show is a
known second generation tape of the concert, with additional components merged into the base
recording from a 3rd generation tape. A patch was needed in the song The Remembering due to a
“tape flip” in the master tape during that song. This patch came from a performance in Boston
two nights earlier on 2/26/74. The second generation source had cuts in the audience applause
between some songs and actually cut some brief dialogue just before Roundabout. Patches were
used to fix these omissions.
Here’s a bit of history about the tapes of this recording used for this re-master, “The 3rd  gen.
Cassettes most likely represent all of the tape that was recorded that night, while the
confirmed 2nd  gen. was acquired on CDR and had a small amount of in-between song tape missing.
There is an AWFUL lot of Hiss and what sounds like occasional tape damage on the 2nd gen, but
the same damage is present in parts on the 3rd gen. as well. While the 2nd gen had more hiss
and noise it still seemed to be the stronger of the 2 tapes.

The way the tape was traded as a cassette was this:  Two 90min tapes.

On the 3rd gen., there is quite a bit of applause NOT included on the 2nd gen. and it's most
likely that the 2nd gen. source had Roundabout put on a "used" tape {which accounts for it
sounding slightly different from the rest of the show). It was quite common when trading to
just put an 8 minute encore as clearly-labeled filler on another tape.”
Once the sources were spliced, merged and mixed together the main goal was to reduce
the “awful” amount of hiss and noise in this recording. The signal strength was strong with
good detail and viable music signal up to 10,000 Hz. An occasional tape slip or stretch occurred
and was corrected as well as possible, but still audible. Rare dropouts were short enough that
they could be masked without too much trouble. The hiss was quite disruptive in many segments of
the recording and seemed to get worse as the concert went on. There were also bursts of hiss
that would occur from time to time as if someone was interfering with a radio signal –which was
obviously not the case here since this was an audience recording. As always, a compromise needed
to be made to remove as much noise as possible without damaging the audible music. With the
noise reduced significantly, we can now hear Jon lead in the others at 19:28 of Ritual with
“one, two, ready, go”. Many other details of the music are now audible and more clearly
appreciated. The right channel amplitude was reduced 15% to compensate for an imbalance in
channel signal strength and all songs were speed corrected which helped to adjust the tempo and
tonality.

Seeded on Dime by Gromek on 25-01-2007
Many Thanks to the original uploader, wherever it was uploaded.